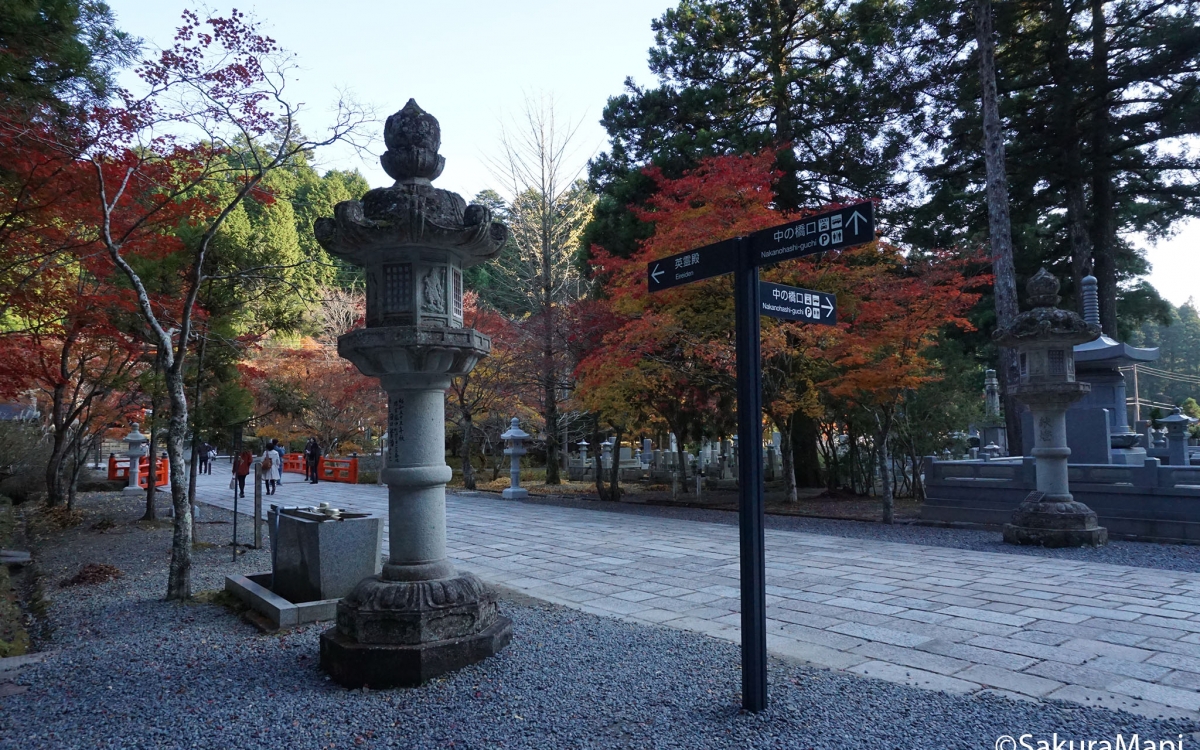 A week back we were taken on an excursion to Koyasan to study its historical importance and witness the roots of Shingon Buddhism. Walking down the thick forest surrounded by tombstones and that too on Halloween day was eerie. However, it was pretty interesting to find tombstones of some very important personalities including the founders of some multinational companies like Nissan and Yakult.

Koyasan is situated in the Koya town of Wakayama prefecture. It was founded during the Heian period by Japan’s one of the most prestigious monks, Kobo Daishi(Kukai) who introduced ‘Shingon Buddhism’to the country. The main gate ‘Daimon’ is located in the west and there are 117 temples in the Koyasan area some of which also offer meals and lodging. There are more than 1000 monks training in these temples. This year (2015) marks the Koyasan’s 1200th anniversary.

Our first destination was Jisonin. A Maitreya Buddha idol is enshrined in the main hall (Mirokudo). Further inside is a shrine called Nyuukanshofu. Earlier, women were not allowed to enter Koyasan. Kuukai lodged his mother at Jison-in during her last days, so that he could often meet her. Kuukai visited his mother every 9th of the month and since that this area is also called Kudoyama.

Jison-in is the starting point of pilgrimage to Koyasan, via the Chouishi-michi route. This route is considered sacred by the Shingon Buddhism followers. It stretches 24 Kms from the Kudoyama Jison-in till Koyasan Okuno-in.
Beginning from the starting point there are four stone posts every town, until the end.

Above all I was overjoyed to hear the story of Gon. This dog guided the tourists and pilgrims to Jison-in and the Choishi-michi path for many years. He has been payed the proper homage at this temple. People say that he is the incarnation of the two dogs who guided Kuukai to this area 1200 years ago.

Next we arrived at Niutsuhime Shrine, located in the northwest of Koyasan, in the Amano basin. Before Kuukai started building up temples, he established this shrine and prayed to the mountain gods, as he was borrowing their land for construction of Koyasan. Therefore, this place is considered a guardian of Koyasan.

Our next stop was Danjo Garan, a center for monks. The right way of worshiping in Danjo Garan is to go around Lord Buddha in a clockwise direction. The 45 meter tall Konpon Daito Pagoda is spectacular. Installed inside is a Dainichi Nyorai Buddha idol and some beautifully painted pillars. There is a rope which directly connected to the Buddha idol. People shake this rope before praying. According to legend, when Kuukai was in China (strengthening his knowledge about Buddhism), he threw his trident scepter towards Japan to locate an ideal place for promoting Shingon Buddhism. On his return he found it caught in a pine tree. Since then this pine tree has been protected and considered sacred. This tree has three-pronged leaves and hence has been named ‘Sanko no Matsu’. Finding a three-pronged leaf here is considered lucky.

Finally we started our walk in Koyasan Okuno-in. Okuno-in can be divided into two areas; the mausoleum area and the Gobyo Kobo Daishi. In the mausoleum area you can find uncountable memorials and tombstones of famous personalities, especially those of samurai warriors. The Gobya Kobo Daishi, is the area where Kuukai’s mausoleum (a place of his eternal mediation), located behind the beautifully lantern lit Torodo. Photography, eating and drinking is strictly prohibited in this area.

Before we ended our journey, we went back to Kongobuji, a temple that we skipped earlier due to long queues and crowd. Earlier this place used to represent the entire Koyasan. Kongobuji is the main temple of the Shingon sect. The Konpondaitō (pagoda) a symbol of esoteric Buddhism dojo and one of the the first pagodas in Japan. 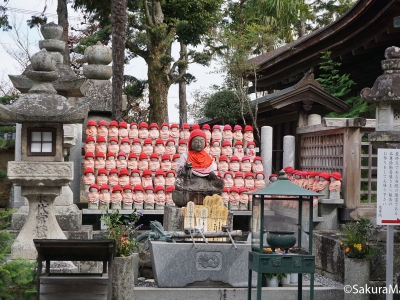 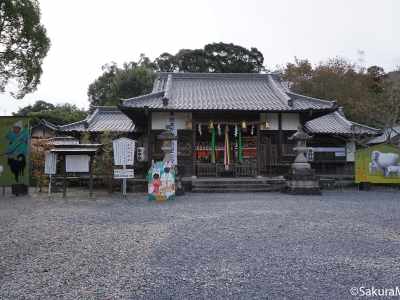 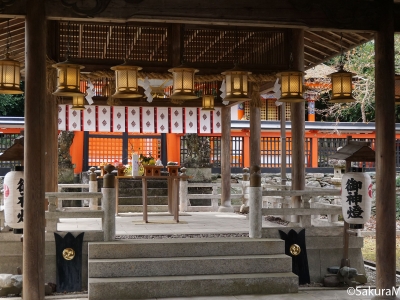 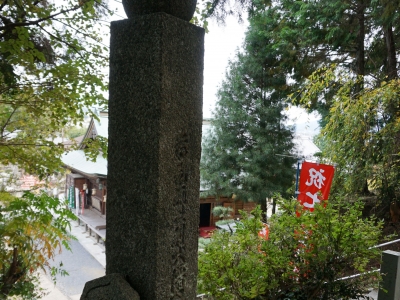 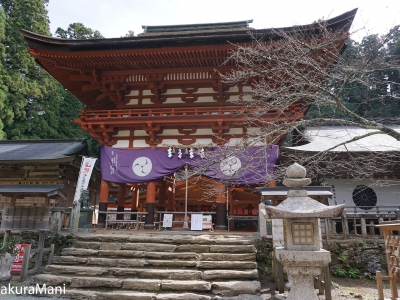 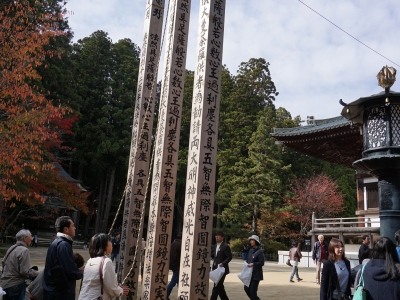 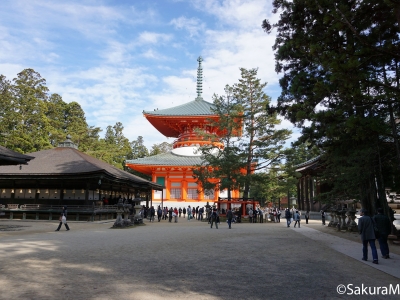 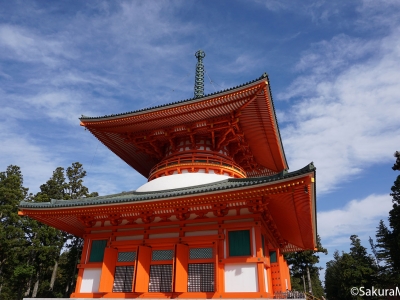 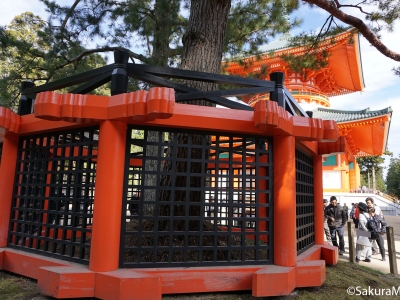 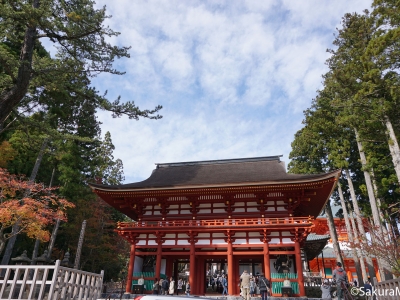 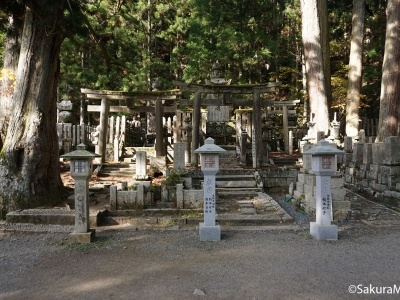 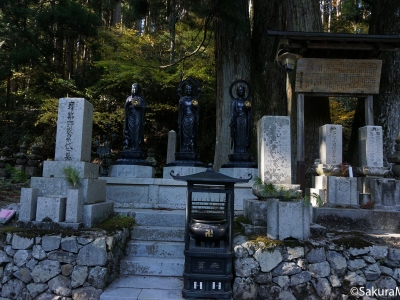 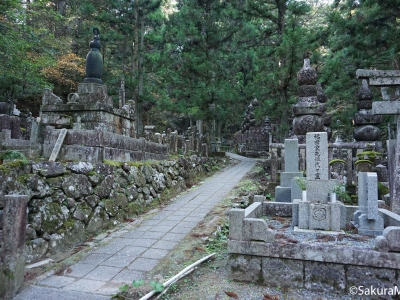 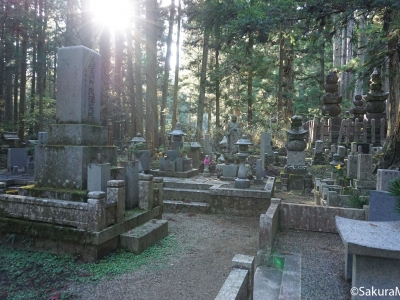 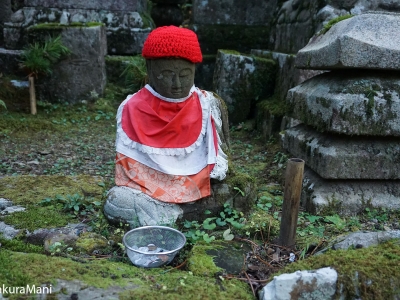 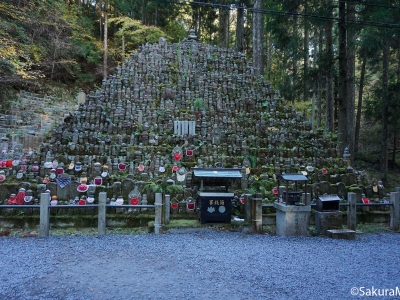 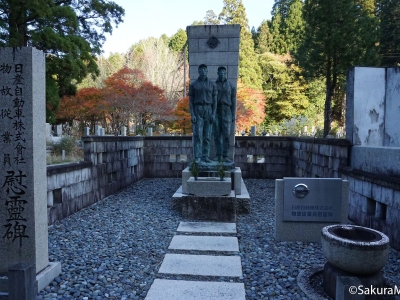 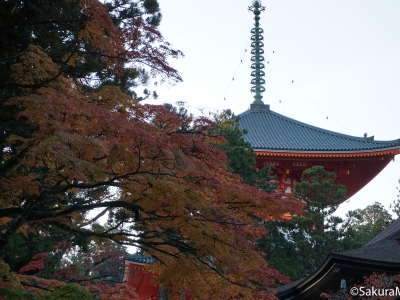 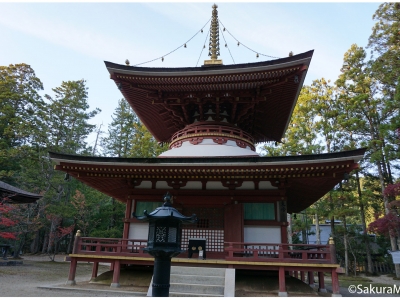 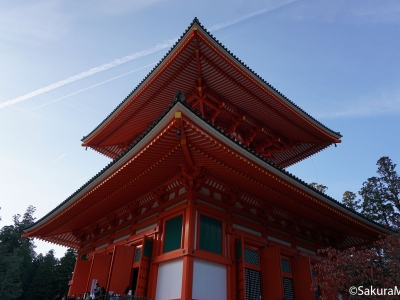 A day spent in the Ninja town →
← My favorite Japanese snacks