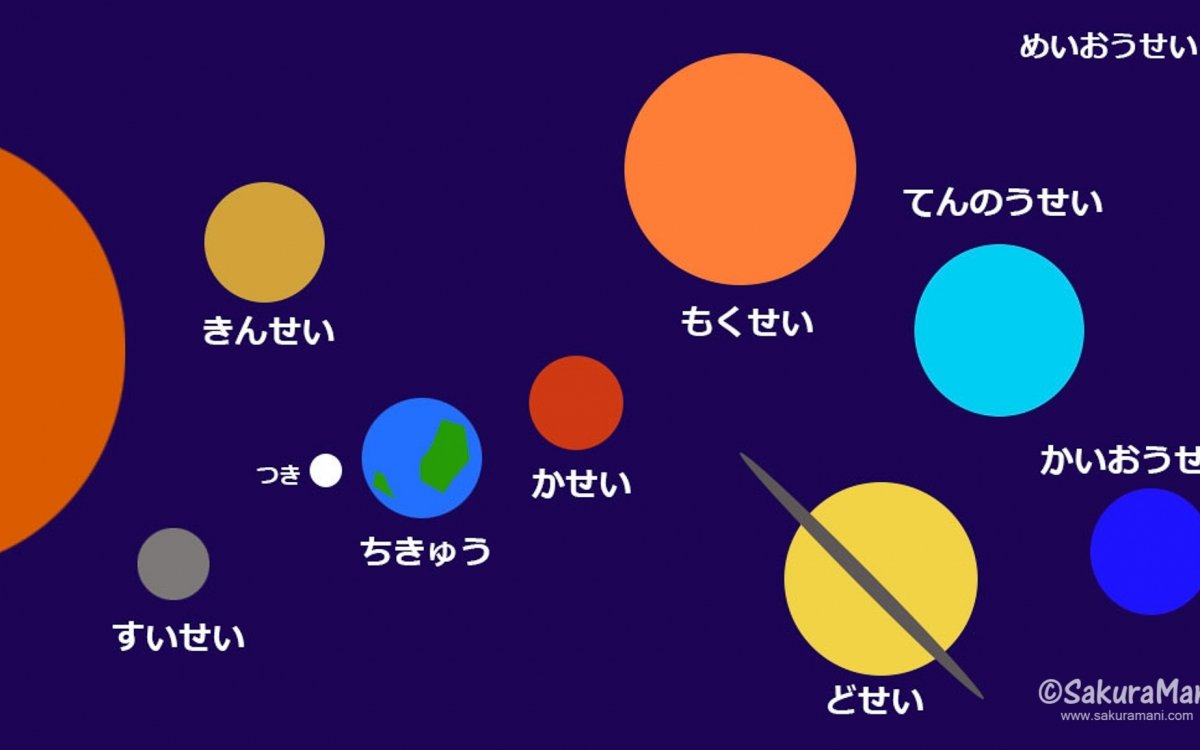 Astronomy is one of my favorite subjects. In this post I will name all the planets (including Pluto) in Japanese. We will also learn some useful Japanese words related to space and the solar system.

Learn the names of the planets in Japanese with the help of the below table.

Note that the first five planets’ names (excluding Earth) are associated with the five elements.  These five classical elements are called Wǔ Xíng in Chinese, they are namely water, metal, fire, wood and earth. Wu Xíng is applied to the concept of phenomena like time, space and existence. Mercury, Venus, Mars, Jupiter and Saturn being close to the Earth, exert their influence on life on our planet. Hence, Wu Xíng elements are assigned to all the five planets that astrologically affect the Earth.

In many parts of the world, days of the week are named after the sun, moon and planets. Similarly, the Chinese names for days of the week are also associated with the five above mentioned planets, the sun and the moon. All these seven celestial bodies are visible to the naked eye, from the surface of the Earth.

There are 4 comments for this article