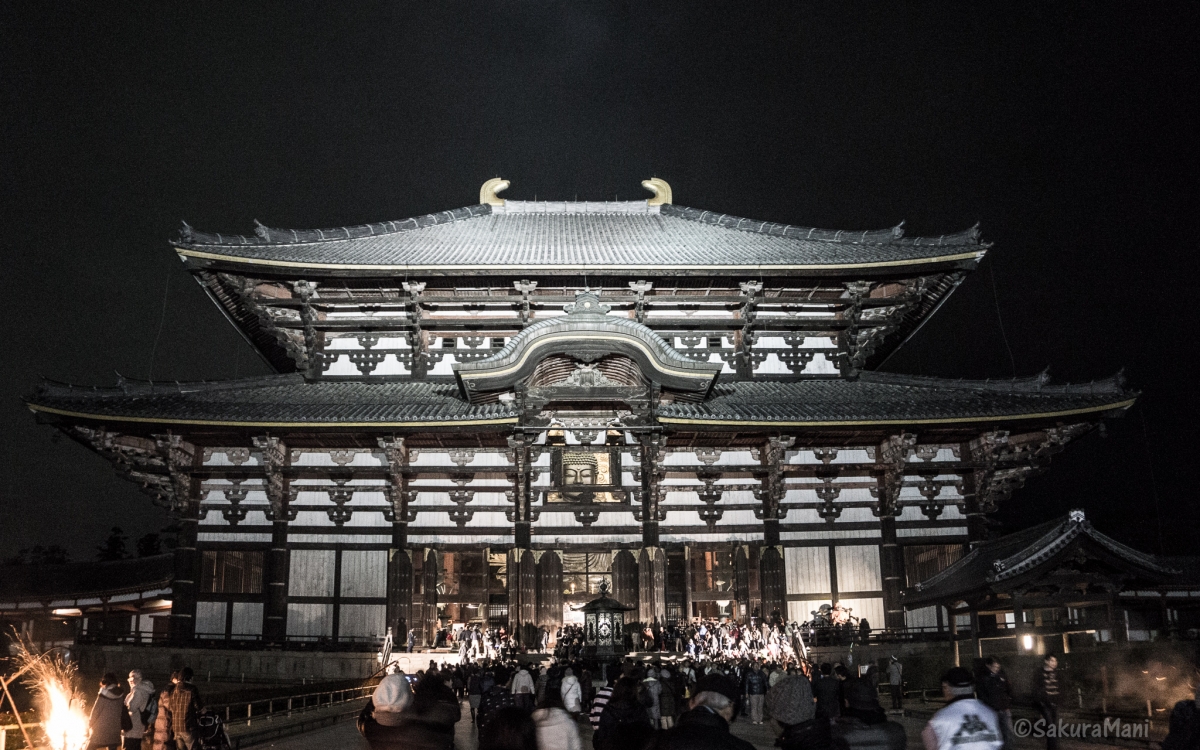 “Akemashite Omedetougozaimasu” is how you say “happy new year” in Japanese. New year is celebrated extensively all across Japan. Winter in Japan means illumination everywhere and that’s what makes new year’s time all so special. Even though a lot of Japanese festivals are based on the lunar calendar and also the Chinese zodiac system is also followed here; I wonder why they do not celebrate the ‘new year’ according to the ‘Inreki‘. Nonetheless, year ending is a big deal in Japan. There is a series of events and customs carried out during this time.

Oosouji 大掃除
In Japan, the year end cleaning or the ‘oosouji’ (big cleaning) is taken very seriously. Although the Japanese are usually particular about cleanliness, they make sure that their homes and workplaces look spick and span on the new year’s day. In the Edo period the ‘oosouji’ was called ‘susumeharai’ and was observed on the 13th of December. Traditionally, ‘oosouji’ is said to be a preparation before welcoming ‘toshi kamisama’ or the ‘year god’ (the bringer of happiness) into the house.

It was believed that gods live on the tree tops and hence two ‘kadomatsu’ are placed on both the sides, outside an entrance. This is done to lead ‘toshi kamisama’ inside of the building. Not only homes but also shops and temples decorate their gate with ‘kadomatsu’ during the new year.

‘Kadomatsu’ is an arrangement of three bamboos tied together along with some pine leaves, put in a plant pot. They are cut diagonally, I suppose that represents the tree top. Flowers and ferns are added to ‘kadomatsu’ to make it more attractive. 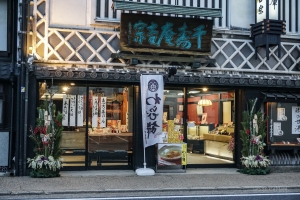 ‘Shimekazari’ are hangings that are pinned on top of an entrance or the shrine and temple gates. The main components of this decoration is an orange (daidai) that is put in the center and a straw rope. The daidai denotes “several generation”. This is hanged outside during the new year to ward off evil spirits.

Many enjoy making special ‘ikebana’ for the new year. Bamboos grow straight and upwards, plum flowers give out  sweet fragrance and pines are evergreen. These positive qualities make it mandatory to use these plants in the new year’s flower arrangement. 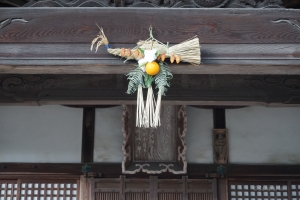 ‘Hatsu’ (初) means first and ‘moude’ (詣) means visiting a temple. As the name suggests ‘hatsumoude’ is visiting a shrine or temple for the first time after a year ends.

In the olden days, the custom was to pay homage to ‘ujigami sama’ (a guardian god of the Shinto religion), within the period between the new year’s eve and the 1st of January. The head of the family would tidy up and then pray for the well-being of his/her family. 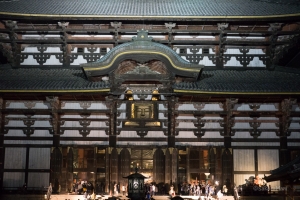 A kagamimochi is two round shaped rice-cakes (much bigger in size than the usual ones) put one on top of the other; the one on the top being slightly smaller. A daidai and is placed on top of the rice-cakes. The rice cakes represents the sun and the moon and the daidai represents genarations. The round shape symbolizes the soul/heart. Kagamimochi are first offered to toshi kamisama and later consumed.

In Shintoism, kagami or mirror (one of god’s treasures) reflects the soul of a person. Kagamimochi are broken before they are consumed on the second weekend of January, this is referred to as kagami biraki or breaking the mirror. Kagamimochi is said to give strength or new life when eaten.

Since kagamimochi are consumed after two weeks of their display the mochi usually get covered in molds. Nowadays, Kagamimochi are sold in supermarket, packed carefully inside a plastic container that appears in the shape of kagamimochi. 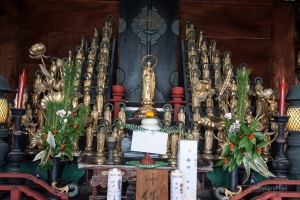 Osechiryori or sekku are meal-box (bentou)  for the new year. The very sight of  osechiryori makes your mouth water. As it was explained in my Japanese lesson, this meal-box is a combination of five boxes place one on top of the other. These include simple traditional Japanese dishes like kamaboko, kombu, tai, a large skewered ebi and so on. All these dishes symbolize something auspicious, for example the kombu (seaweed) symbolizes happiness and the long bearded shrimp symbolizes long-life.

The fifth box is left empty, so that luck and wealth can flow in. However, over the years the shape and pattern of osech ryori has changed with accordance to people’s convenience.

There are many other customs associated with new year celebration in Japan. With gardens and parks all lit up and grand celebrations in temples and shrines, exploring Japan on a New Year’s day is absolutely unforgettable.

Castle in the water →
← Senzaiichigū