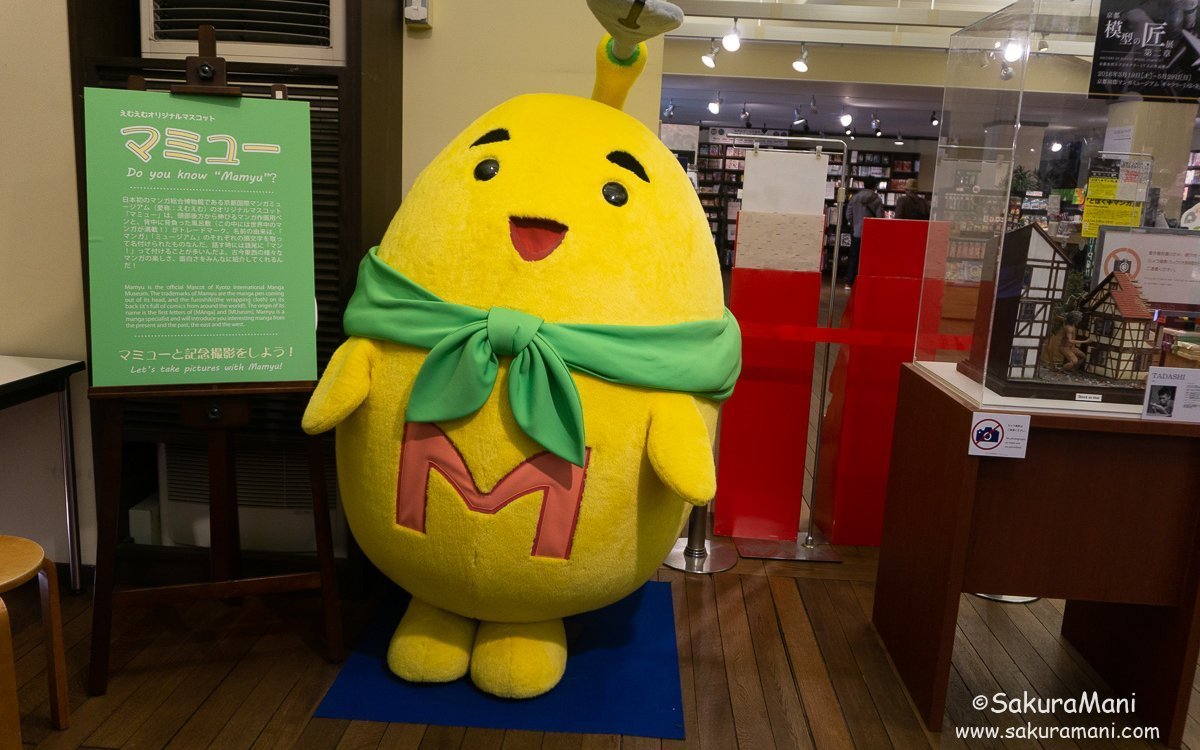 At first I was a bit hesitant to write this article. I spent most of my time in Kansai when I was studying in Japan and hence could not visit the well known manga and anime museums around Tokyo. Nevertheless, I want to talk about some of the amazing manga museums that I have discovered in Japan so far.

I often chose the off-beat routes and less popular tourist spots to discover interesting places on the way to my destinations. For example, when I was travelling from Tottori to Shimane I learnt that Sakaiminato was on the way and I immediately made plans to stop by this place. Sakaiminato is a port town and it is popular for Mizuki Shigeru Road which I had once seen on a television show.

So without wasting much time, let me share some of the coolest manga museums I have visited in Japan till now.

If you love reading manga this place is a must visit. The Kyoto International Manga Museum was inaugurated on November 2006 with an aim to promote manga culture. It is a huge library of three floors with a collection of approximately 50,000 comic books all arranged chronologically on the ‘Wall of Manga’. On the first floor ‘Wall of Manga’ you will find shojo manga 少女漫画 (girl’s comics), shonen manga 少年漫画 (boy’s comics) on the second floor and seinen manga 青年漫画 (young adult’s comics) on the third floor.

The collection of manga books and materials available here is unparalleled. There are research reference rooms where you can get access to over 2,50,000 manga materials inclusive of international publications. There are also exhibition corners, sections featuring popular artworks and workshop areas.

Photography is prohibited inside the building, so I could only take limited pictures.

There is a small souvenir-cum-book shop from where I bought Mononoke Hime – The Storyboard Book. Yes, it contains original drawings by Hayao Miyazaki, cool right?

There are many areas to explore in this enormous museum building which was once an elementary school. There are two cafes inside the facility and a spacious outdoor lawn where people can read their book.

You need to pay an admission fee to enter. It is 800 yen for adults, 300 yen for High and Junior High School Students and 100 yen for elementary school students. Group discount is also available for 20 people or more.

Open – Everyday except Wednesday : 10:00 – 18:00 (admission is allowed until 17:30)
Closed – Every Wednesday (if a national holiday falls on Wednesday then the following Thursday)

Access : Its a 2 minutes walk from Karasuma Oike station in Kyoto.

Ever heard of the cult manga series GeGeGe no Kitaro ゲゲゲの鬼太郎 (Spooky Kitaro)? It has been adapted into anime series seven times since 1968. There were also two live action movies made by the franchise.

This epic series was penned by Mizuki Shigeru a brilliant manga artist who was born in Osaka and raised in Sakaiminato town in Tottori. Muzuki Shigeru is a specialist in writing ghost stories and designing yokai manga characters. He has also published books on Japanese history and his experiences in World War II.

In the honor of this great manga artist Sakaiminato town has dedicated a street and named it Mizuki Shigeru road. It starts from Sakaiminato station and spans approximately 800 meters.

The trains which ply between Yonago and Sakaiminato station are also Spooky Kitaro themed.

The whole stretch of road is filled with manga and anime goodies stores. Pavements on both sides of this road are lined with bronze statues of characters from Spooky Kitaro.

The Mizuki Shigeru Museum at the end of the street exhibits popular as well as rare artworks produced by the artist. Apart from being a famous manga artist, Mizuki Shigeru was also an adventurer.  His collection of masks and artifacts is showcased inside the museum.

Access : Sakaiminato Station can be reached in 48 minutes from Yonago Station (in Tottori) via JR Sakai Line.

Osamu Tezuka is considered the “Father of Japanese Manga”. His sensational manga series Tetsuwan  Atom (Astro Boy) received worldwide recognition. Osamu Tezuka is an inspiration to many and most of his works are considered masterpieces. He played a big role in shaping the art of manga storytelling.

Osamu Tezuka was born in Osaka but later moved to Takarazuka in Hyogo. The Osamu Tezuka Manga Museum is situated in Takarazuka, very near to the Takarazuka Revue theater . This museum mostly exhibits artworks, character figurines, manga books and articles that once belonged to the artist.

There is a gift shop, purikura プリクラ (photo booth) and a cafe on the second floor. Manga hobbyists can visit animation workshop on the ground floor where you can create your own animation character.

Yes this one was on my list. If you had no idea, then let me tell you that I am a huge fan of the anime series called Inuyasha. I bet you have heard of it if you grew up in the 2000’s. I guess the anime received more global acclamation than the manga. Nevertheless, what makes Inuyasha special are its intriguing story, strong characters and the bond they share with each other. Hats off to Rumiko Takahashi, the woman behind this legendary manga/anime series.

Rumiko Takahashi was born in Niigata. She has created quite a few successful manga which were later adapted into anime series. Urusei Yatsura, Ranma 1/2 and Kyokai no Rinne are some of my favorites.

Niigata Manga Animation Museum introduces works of famous manga artists who were either born in Niigata or somehow associated with the city. There are activity corners where you can play with popular virtual characters or experience how its like to be a voice actor.

Exhibitions are held all year round. When I visited this museum there was an ongoing exhibition of swords and weapons used in Evangelion. Character figurines from this anime were on the display too.

Museum Hours and Holidays
Open – Weekdays 11:00 am to 7:00 pm (last admission is at 6:30 pm)
Saturday, Sunday and National Holidays from 10:00 am
Closed – 1st January and when exhibitions are being changed

Doraemon fans might want to visit Fujiko.F.Fujio Museum in Kawasaki, Kanagawa prefecture. Its easily accessible from both Tokyo and Yokohama. Although I have made short trips to Tokyo and nearby areas many times, I am yet to visit this museum. Hope I can make plans to go there some day.

If you did not know already Fujiko.F.Fujio is not one person, its a pseudonym representing collaboration of two artists – Fujimoto Hiroshi and Abiko Motoo. Both of them were born in Toyama and have published numerous successful manga series.

However, I want to introduce Fujimoto Hiroshi’s hometown Takaoka city in Toyama. This place happens to be a stopover if you are travelling to Gokayama area from Toyama. In Takaoka station itself you can find Doraemon goodies in the souvenir shops.

There is a pretty big Doraemon post box placed in the information center. I also saw a Doraemon themed tram at the station.

Due to limited time I could not visit the Fujiko.F.Fujio Hometown Art Gallery. It is 1.8 kms from the station and quite near to Takaoka castle park. You can take a direct bus or a train from Takaoka station or simply walk if you have enough time.

Museum Hours and Holidays
Open – Everyday except Monday : 09:30 – 17:00 (admission until 16:30)
Closed – Mondays (Gallery will be open if a national or public holiday falls on Monday. In such cases the gallery will be open on the following working day.)

Access : If you are not fond of the idea of walking for 1.8 km from Takaoka Station, you can take the JR Himi line and get down at Etchu-Nakagawa Station. The gallery is a 5 minutes walk away.