Zero is either called 零 レイ ‘rei’ or ゼロ ‘zero’ and the symbol ‘〇’ is widely used. Sometimes it is also referred to as maru. 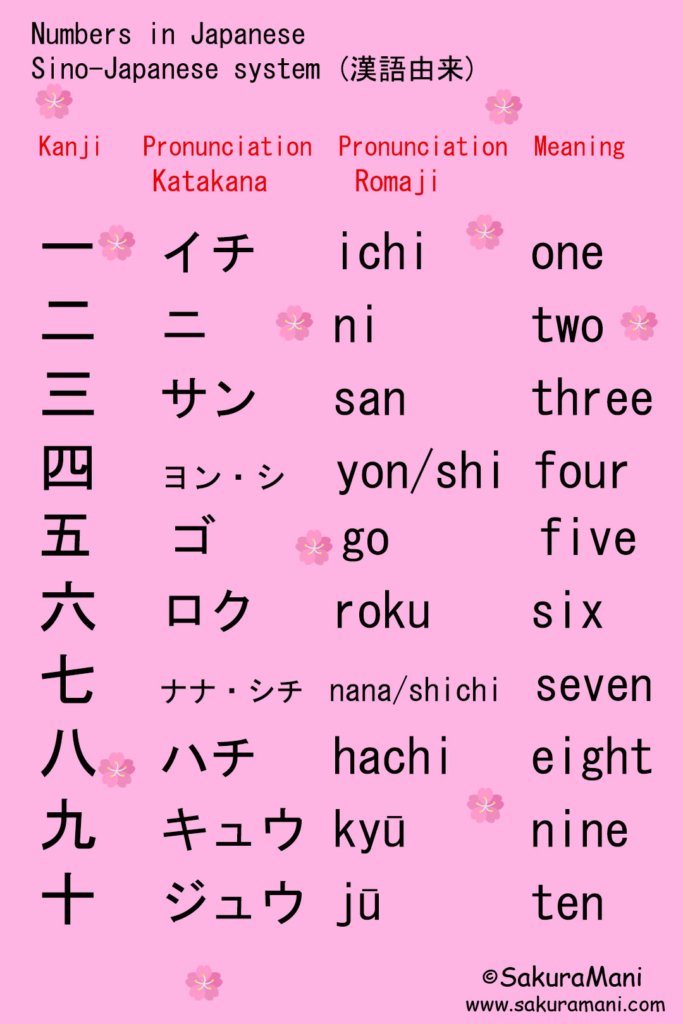 Here is a more interesting chart (with readings in Hiragana). 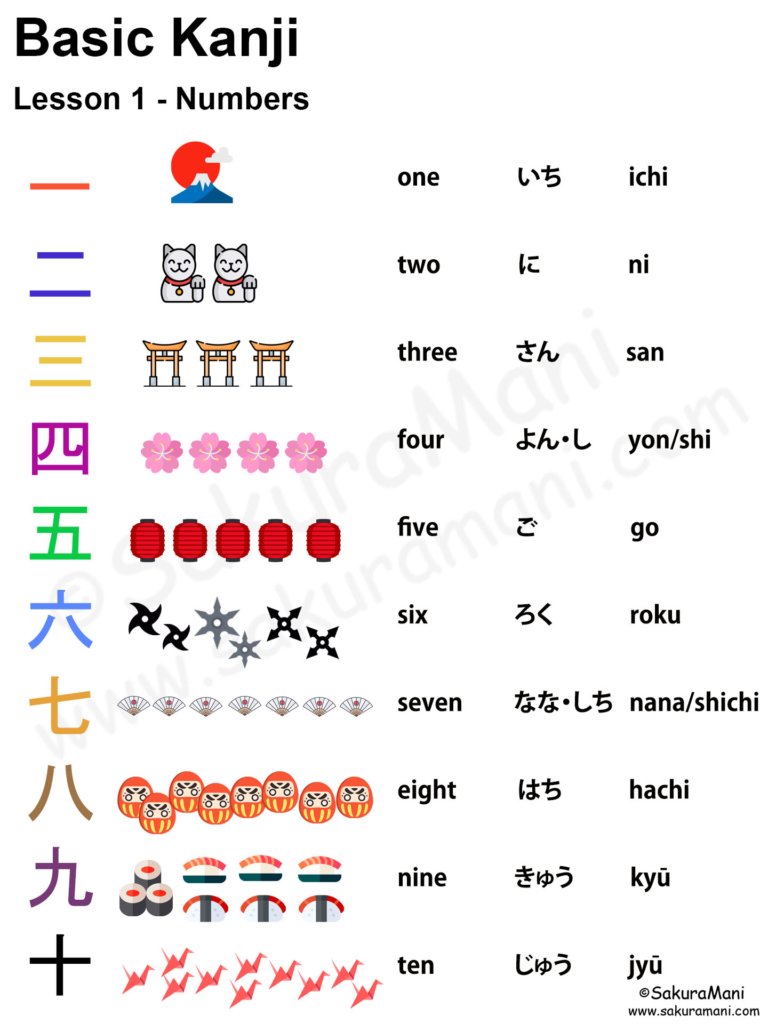 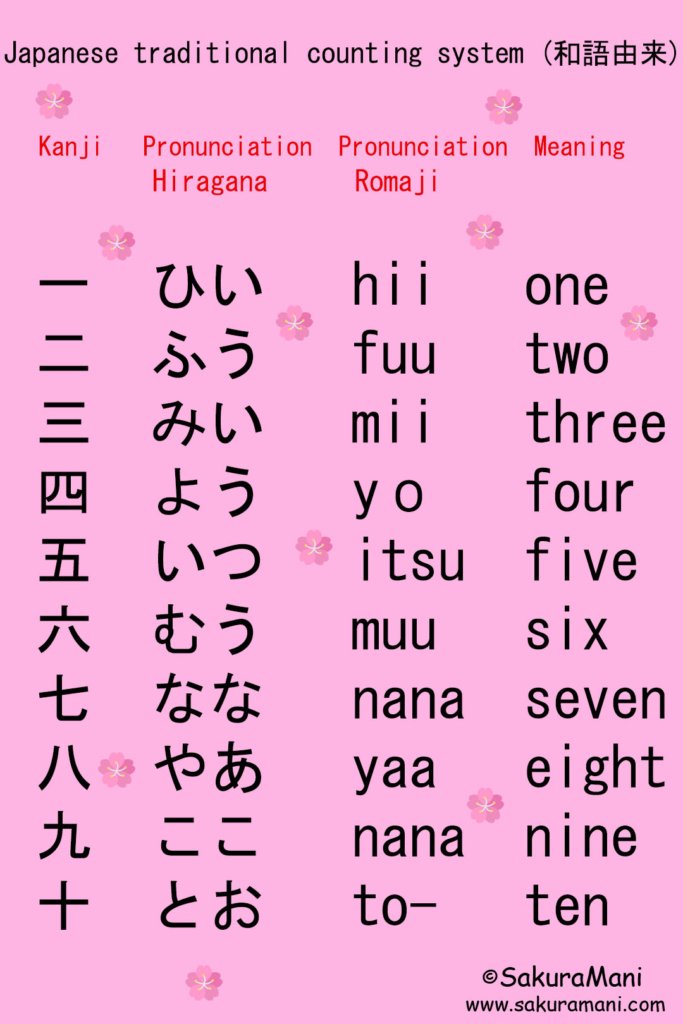 This is an old counting method and not normally used or taught nowadays. Instead a generic counter which is derived by adding tsu (つ) at end is considered native Japanese numeral system or yamatokoba (大和言葉). These actually mean ‘number of things’. One simple example would be, 「これを一つください」”Kore wo hitotsu kudasai”, it means “Please give me one of this”. Hitotsu implies “one of ~”. 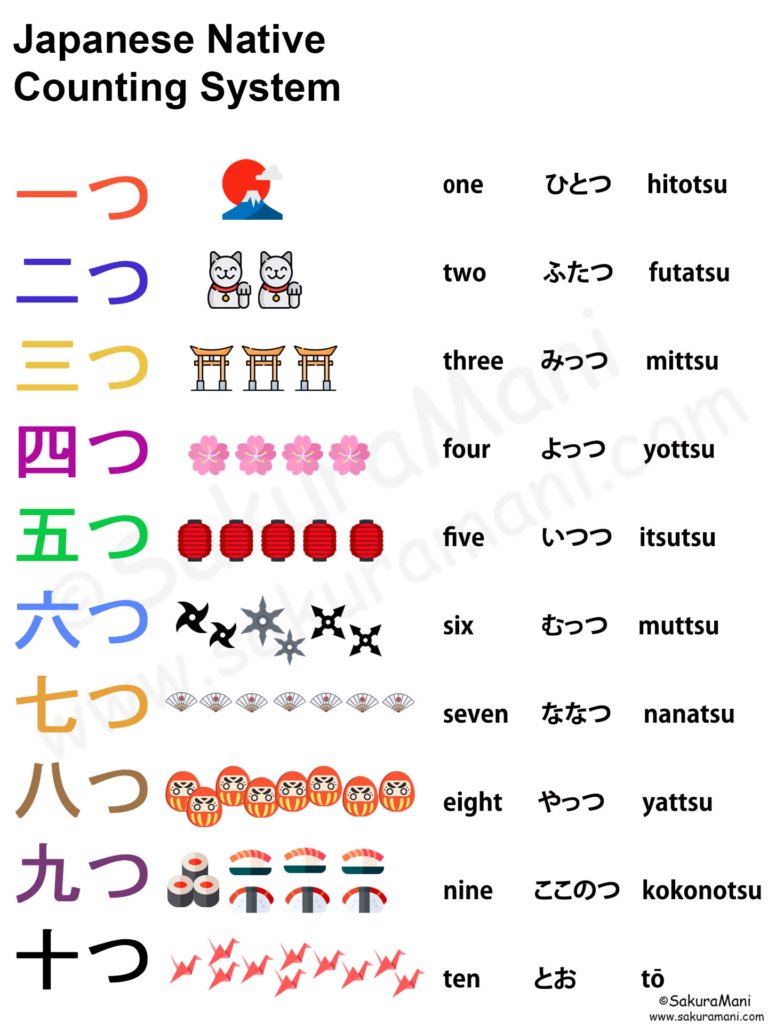 However, this system is used to count only till 10.  Thus, kango (漢語) is used for counting from eleven onwards. 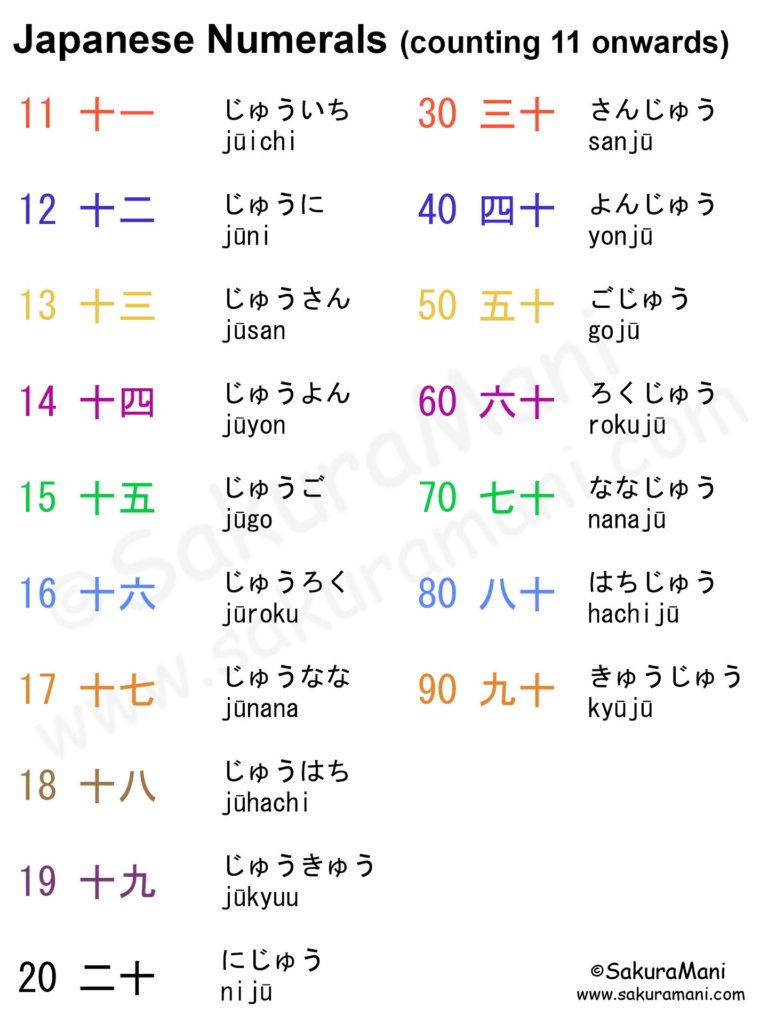 However, it is not entirely correct to state that native Japanese system cannot be used to count numbers after 10.  Below are some examples from old counting system using wago (和語).

The Japanese traditional counting system is also used as a universal counter (助数詞 josūshi) except for counting living things, money and time. For more on counters you can take a look at my article on Japanese counters or 助数詞 josūshi.

Furthermore, let us also learn some large numbers in Japanese.