If you have started learning Japanese, you might have heard by now that there were no written scripts in Japan until Kanji were introduced from China. In early Japan, people only communicated verbally and once kanji were introduced in the 5th century, chronicles, stories and poems emerged in the written form. Soon Hiragana and Katakana scripts which were created from Kanji became an integral part of the Japanese writing system along with Kanji.

Why were Hiragana and Katakana created?

Since Kanji could not be used to represent every Japanese word, there was a need for another script that could be used to write prepositions, suffixes, prefixes and verb conjugations. Hence the kana syllabaries were introduced.

Hiragana was mainly used by women and Katakana was used to write foreign words. To learn more  about uses of Katakana please refer to my previous post on When to use Katakana.

Which came first Hiragana or Katakana?

I think most of us learnt Hiragana before learning Katakana. The same pattern is followed in Japanese elementary schools as well. However, the answer to the above question is not ‘Hiragana’.

Katakana script was first created by picking up one radical from a Kanji. Every Katakana syllable is identical to a part of its parent Kanji from which it was created. To be more specific Kana scripts were created from Manyougana 万葉仮名. Irrespective of their meanings these Kanji were used to represent Japanese syllables.

On the other hand, Hiragana characters are simplified versions of whole Kanji characters.

How were Hiragana and Katakana formed?

The below chart shows the Kanji and their parts from which Katakana characters were formed. 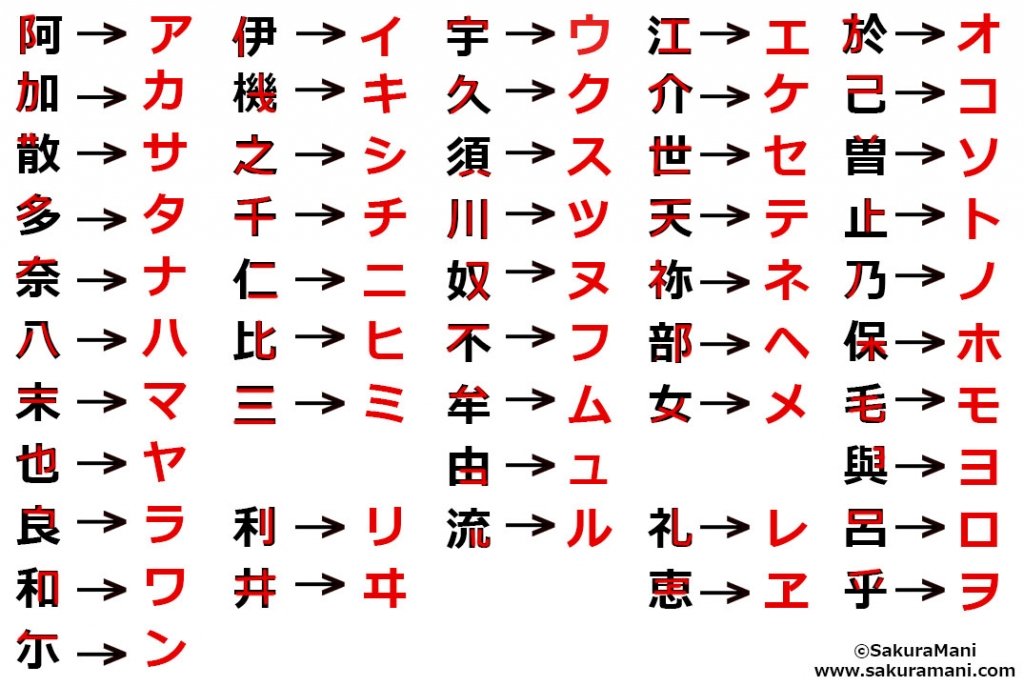 The below chart shows the Kanji from which Hiragana characters were formed. 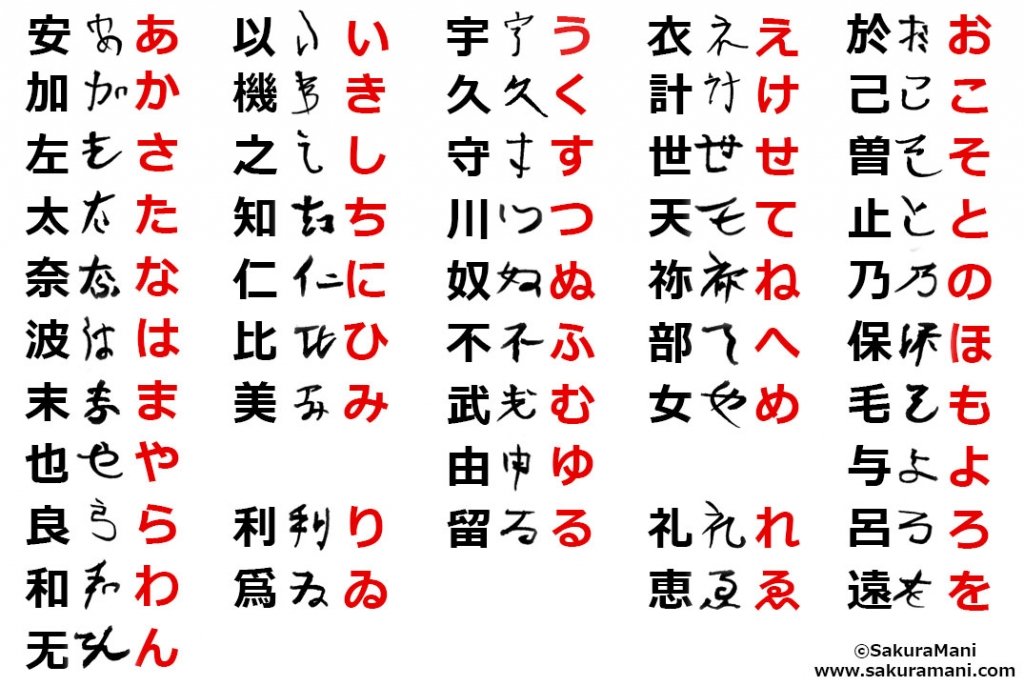