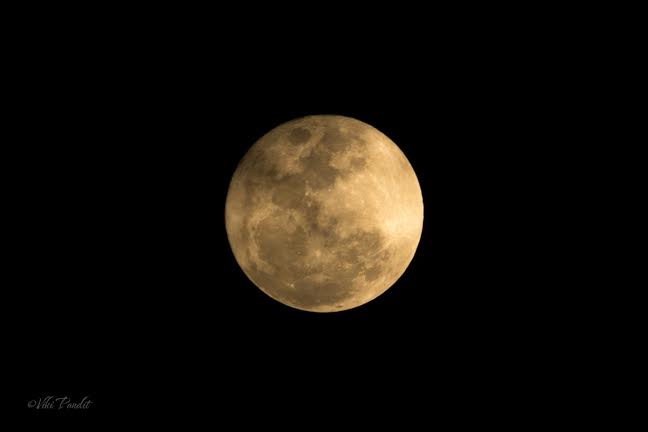 In Japan, legend has it that there is a rabbit on the moon making rice-cake (mochi). The silhouette of the rabbit can be observed on the left hand side of the moon, holding a wooden mallet and pounding the mochigame in a mortar.

According to the Buddhist mythological story in Konjaku Monogatarishū (an anthology of old fables), Taishakuten (a deity) was impressed by the devotion of a rabbit, who offered itself to be eaten when it failed to gather food for a hungry old man.

The story goes as follows,

Once upon a time, there lived a rabbit, fox and a monkey. One day, they were visited by an exhausted old man begging for food. The three of them went to gather some food for the man. The monkey brought some fruits and the fox hunted a fish. The rabbit searched with all its effort but could not find any food. All upset, the rabbit went to the old man and offered itself as food. “Please eat me,” cried the rabbit and jumped into the fire.

The old man was no ordinary man, he was the Taishakuten himself. He disguised himself only to test the three animals.

Taishakuten showed mercy on the poor rabbit and as the legend follows, he resurrected it on the moon.


There are various endings to this story. The depiction of a rabbit making rice-cake on the moon, could be to feed the old man. Moreover, on the Jugoya (the 15th full moon day of the lunar calendar), people celebrate harvest by viewing the moon and eating geppei (moon-cake). This day is often associated with a song or poem about the rabbit on the moon.

However, shadow of the moon looks different from different regions and countries, but similar folklore revolving around a rabbit exists in many cultures.

So have you ever spotted a rabbit making rice-cake on the moon?