Spring has arrived. One thing that is deeply associated with spring in Japan is the cherry blossom festival or ‘hanami’ (the flower viewing festival). Cherry blossom or ‘sakura’ usually start blooming by the end of March and get to peak blooming by mid of April. In Touhoku region and Hokkaido sakura appear much later. Check the JNTO website for hanami forecast.

Many of you who are interested in Japan are already familiar with the word hanami (花見）, but do you know about umemi (梅見)? As the name suggests, umemi is plum flower viewing. Then what should hanami mean? Cherry blossom viewing? The answer is NO. Although the word ‘hanami’ is nowadays associated with cherry blossom, that’s not what it always meant.

Influenced by Chinese culture, plum blossom viewing became popular in Japan, during the Nara period. In those days, Hanami was only for the elite society. Even the ‘manyoushu’ (oldest existing anthology of Japanese poetry) has more poems (songs) on plum blossom than cherry blossom. Over the years, cherry blossom gained more recognition and in Heian period it superseded umemi. In Kamakura period the the Samurai class began to admire cherry blossom and this culture soon reached the masses by Edo period. Today, both cherry and plum blossoms are loved and enjoyed by everyone in Japan.

Plum flowers start to bloom during the end of February. It is said that plum blossoms marks the beginning of spring season. Plum groves are called bairin 梅林 in Japanese. Unlike cherry blossoms, multiple plum flowers do not grow out of a single bud. Plum flowers usually have dark purple leaves. They can be of different shades but their petals are always round in shape.

I once visited a plum grove in Tokyo. It was during late April, so I was not expecting to see any flowers. However, I noticed that the trees have just started to bear fruits. A few weeks later freshly harvested plum fruits were ushered into every convenient store.

Plum is one of the most favourite flavours in Japan. Its traditional usage as a flavouring or pickle in foods demands its availability through out the year. You might have heard of the term 梅干 umeboshi – Japanese pickled plum. It is an all time favourite of the Japanese people. Especially in the おにぎり onigiri shelf at a convenient store, you can always find plum flavoured rice balls (onigiri). And that’s not it! Plum flavoured candies, snacks, drinks, teas and even dried plums are available anywhere in Japan. Don’t miss out on 梅酒 umeshu, plum wine. It has a sweet tangy taste. If you visit a traditional Japanese style inn or restaurant you might receive umeshu as an apéritif (drink served before meal). 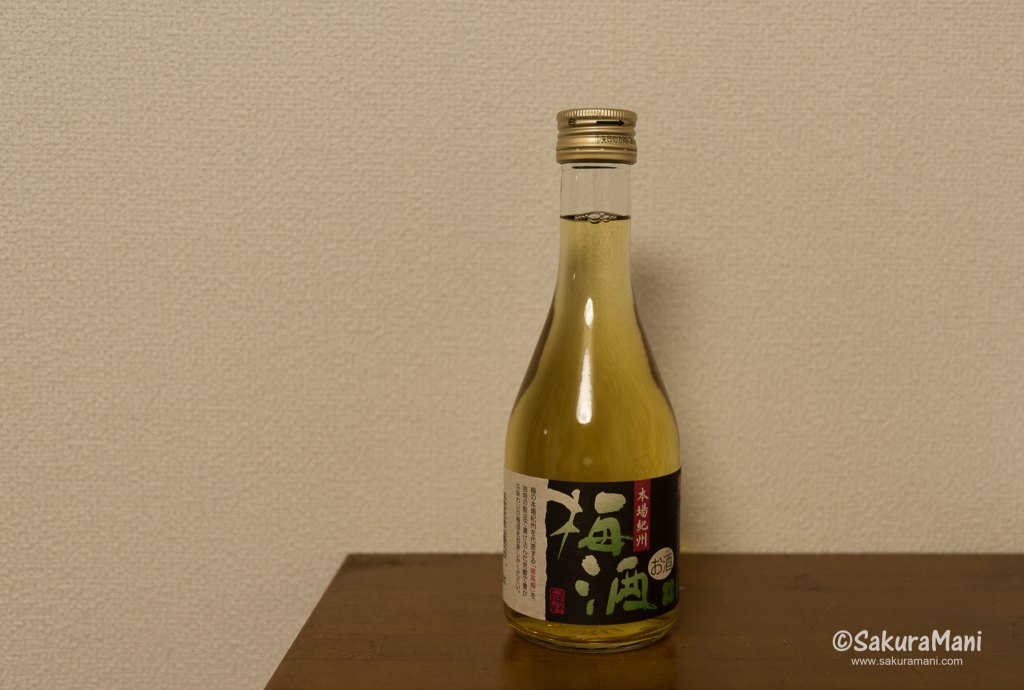