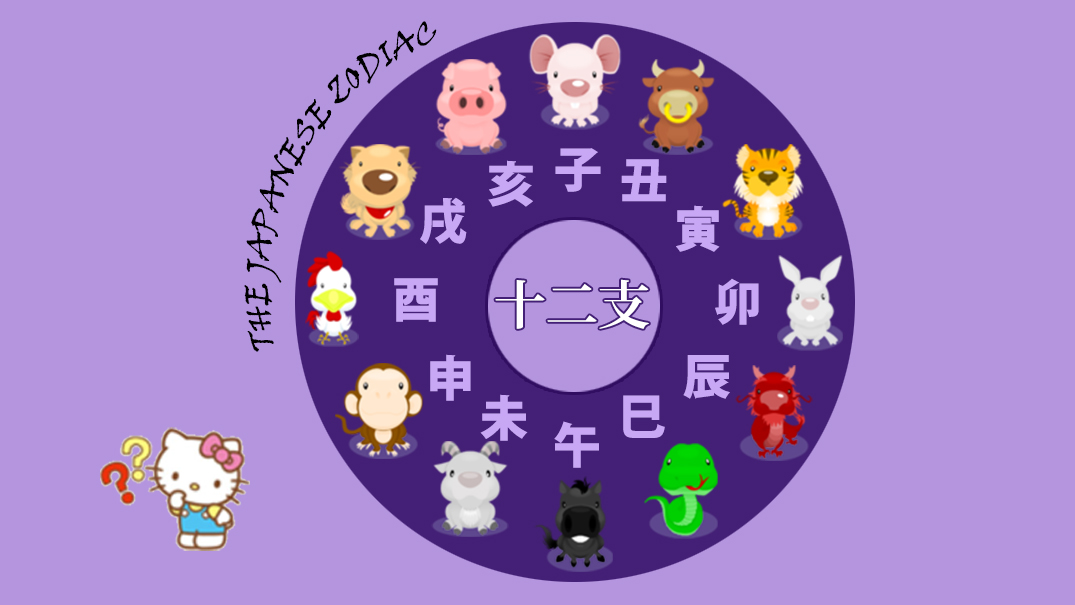 It is not improper for cats to despise rats, as their enmity goes back to the time of gods. Jikkan Jūnishi (lit ten heavenly stems and twelve earthly branches), the Japanese zodiac is based on the Chinese zodiac system which has twelve animals representing each year respectively from the twelve-year-cycle. Jikkan refers to the ten elements and Jūnishi refers to the twelve animals. The story behind the Japanese zodiac is explained below.

God decided to invite all the animals to the new year’s celebration, at her place. She further informed that, the first twelve animals to enter her banquet will be assigned a years or in other words, will be chosen to become a zodiac. In those days the cat and the rat were in good terms. However, the rat was never too innocent and on being asked about the time of the celebration by the forgetful cat, he tricked the cat by saying that the celebration was on a day later than the actual day.

On the day of the festivities, all the animals marched towards God’s house, except the cat, who kept sleeping peacefully thinking that the celebration was on the following day. The rat being too smart, jumped on to the ox’s head who was ahead of the rest. The rat became the first animal to enter God’s house, following him the rest of the animals of the twelve zodiac signs.

The cat, came to know later that he was deceived, became furious, as he never got to attend the celebration nor was he included in the zodiac. He hated the rat for conning him, and till today cats chase rats for revenge.

I first came to know about this story while watching Fruit Basket (anime). Since then, this is one of my favorite mythological stories. Every year is said to be a year of one of the animals from the twelve zodiacs. The zodiacs are repeated every twelve years. So which zodiac are you?