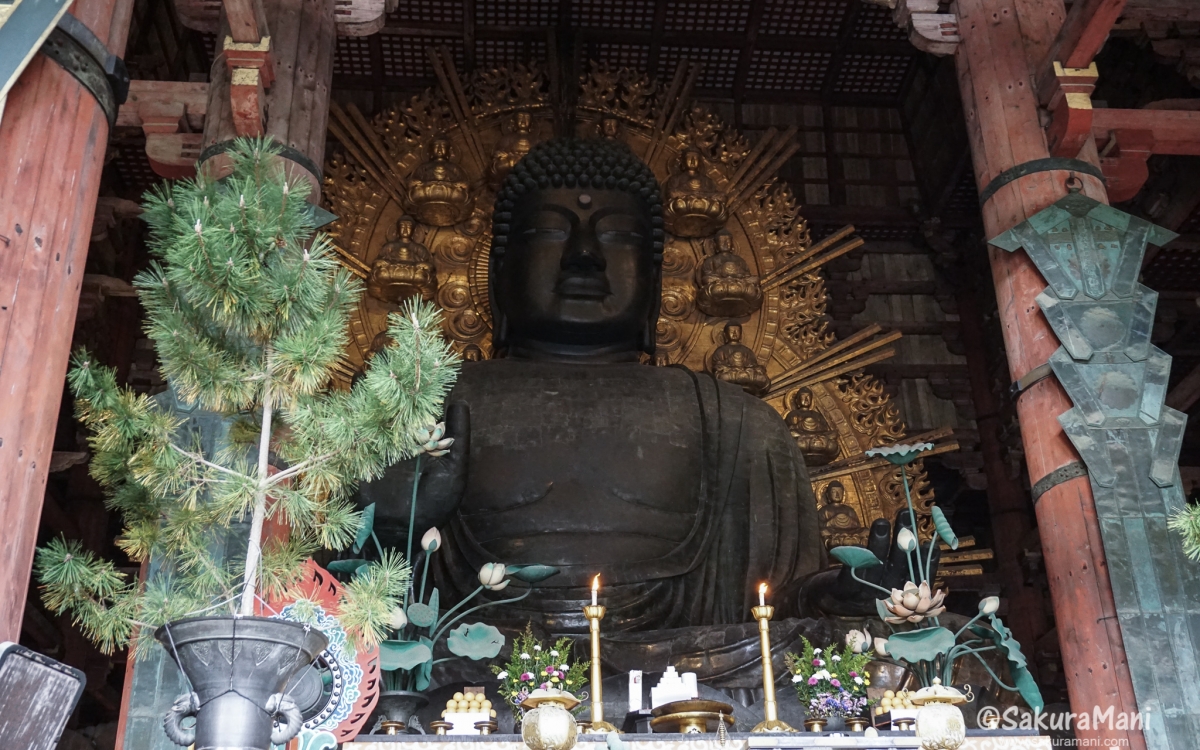 I am talking about that feeling you get when you are walking down the streets of a foreign land and then suddenly you spot something that is connected to your motherland.

It could be a restaurant that serves your country’s cuisine or a handicraft store that sells items imported from your country or anything else  that reminds you of your homeland. I witnessed a few such things in Japan that reminded me of India.

Since the transmission of Buddhism from India to Japan, exchange of culture and knowledge between the two countries was initiated. India and Japan always maintained a friendly relationship and it has only grown stronger over the years.

Many priests from India travelled to Japan as Buddhist emissaries and Japanese monks came to India to gain more knowledge about Buddhism. The spiritual connection between Japan and India is deep-seated.

The eye-opening ceremony for the great Buddha inside Todaiji temple was performed by Bodhisena. He was probably the first Indian monk to travel to Japan during the Nara period.

The National Emblem of India is a sculpture of four lions standing back to back, which is called the ‘Lion Capital of Ashoka’. The original structure was placed on top of one of the seven great pillars of Ashoka. This  emblem symbolises Buddha’s teachings.

A replica of the ‘Lion Capital of Ashoka’ can be found right next to the main building of Todaiji. It was established on the 26th April, 1988, to commemorate the ‘thousand priests’ service’. A time capsule with messages from monks and followers is buried under the monument. It will be opened in the year 2038, on the occasion of 1500th anniversary of the introduction of Buddhism to Japan. 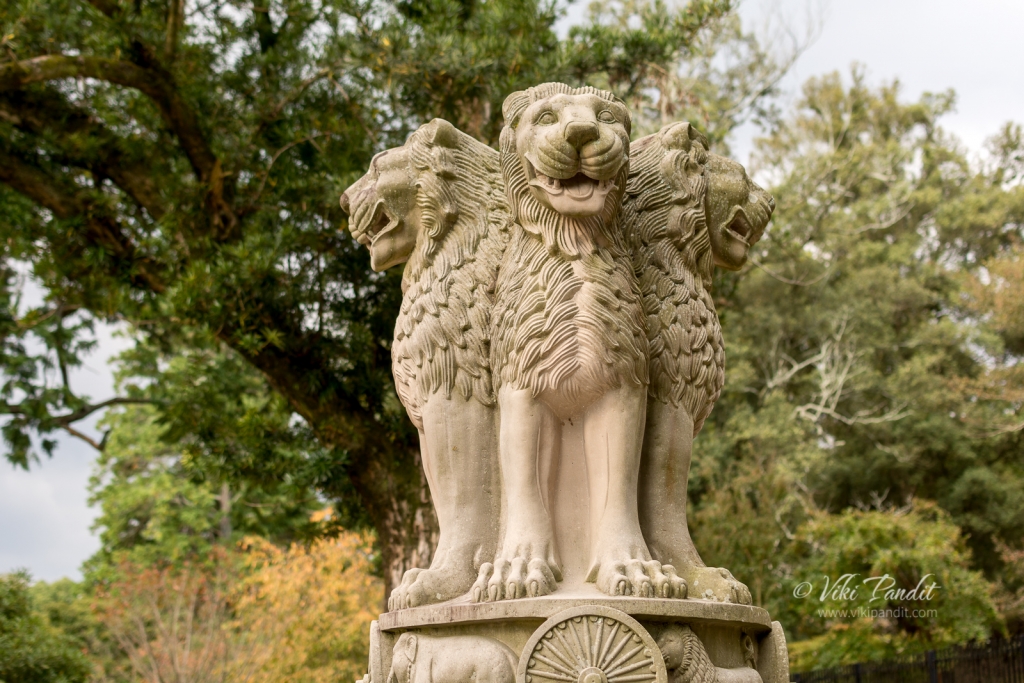 The Peace Tower on Futabayama hill in Hiroshima city was erected in 1966. This stupa represents a prayer for everlasting world peace and the repose of the souls lost in Hiroshima atomic bomb disaster. The pagoda in the centre contains a gift that holds ashes of Buddha. This was presented by the then Prime Minister of India. 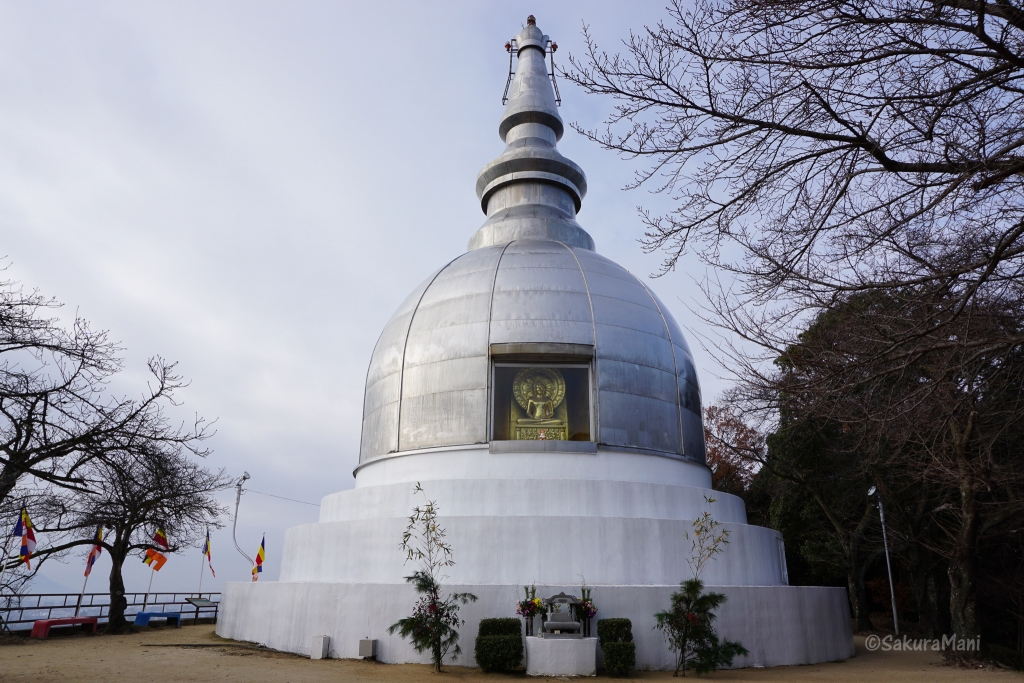 The bronze bell at Hiroshima Peace Park, has Sanskrit inscriptions engraved around it. There are three bells in this park. The one beside the Children Peace Monument has a world atlas designed and inscriptions written in Greek, Japanese and Sanskrit around its exterior. 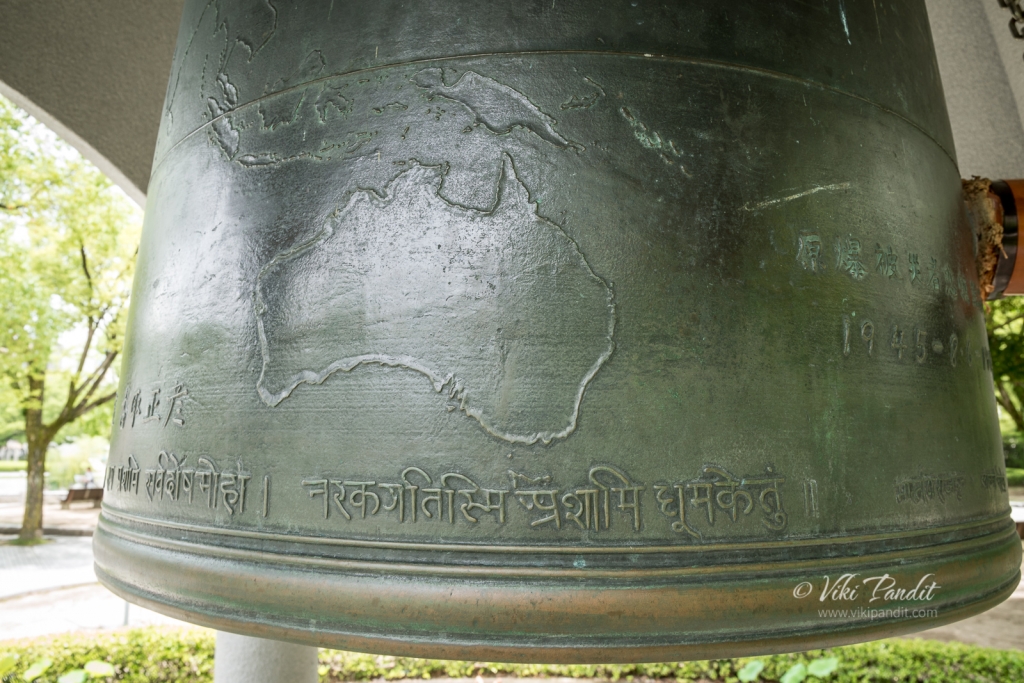 Swastik is a holy symbol which is found in Hindu temples. This ancient symbol is also used in decorations made during festivals. ‘Swastik’ is a Sanskrit word which means ‘good fortune’. I found the swastik symbol in many Buddhist temple structures.

Swastik mark on the lantern at the main door of Sensō-ji, Asakusa.

Indian Curry restaurants are in every nook and corner of Japan. Their number just keeps growing because Japanese people love インドカレー. During my journey I came across many Indian cuisine restaurants in Japan. However, I preferred not to spend my money there, I rather liked trying out Japanese dishes. This does not imply that I never longed for Indian food. I was just well prepared, I used to cook Indian curry at home. 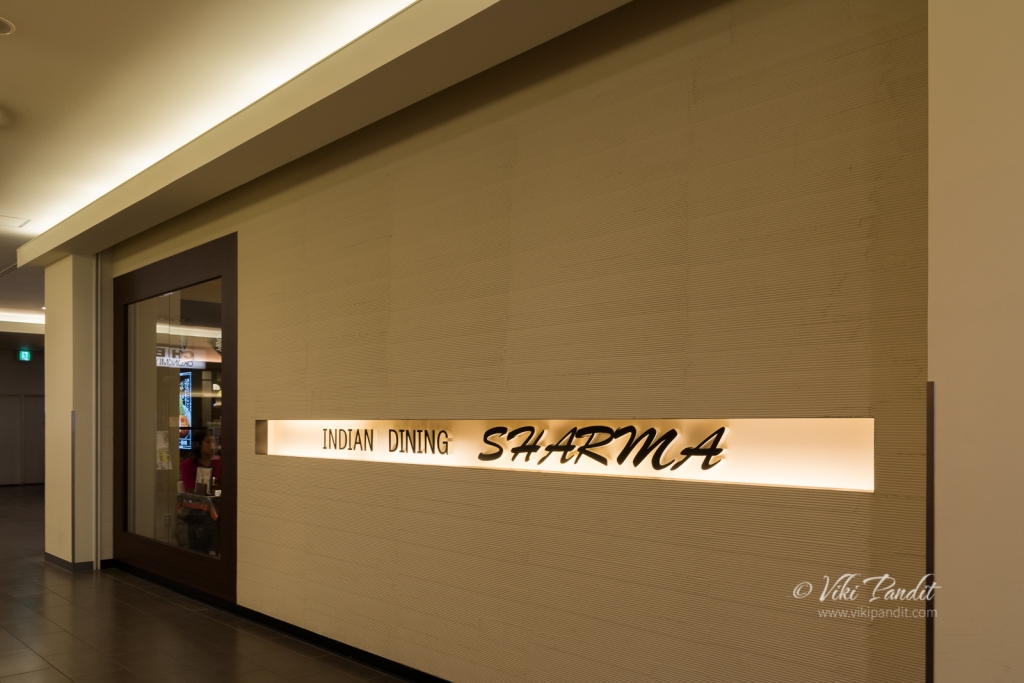 I didn’t know the story of Princess Nyoze until I went to  Nagano. She was the daughter of a wealthy merchant who lived in India. Buddha cured her of a serious illness. The Indian merchant was grateful, he built a statue of Buddha and called it Ikkosanzon. Later that statue travelled to Japan through Korea. The statue of Buddha is enshrined in Zenkoji temple in Nagano, ans a statue of Princess Nyoze stands right outside the Nagano station. 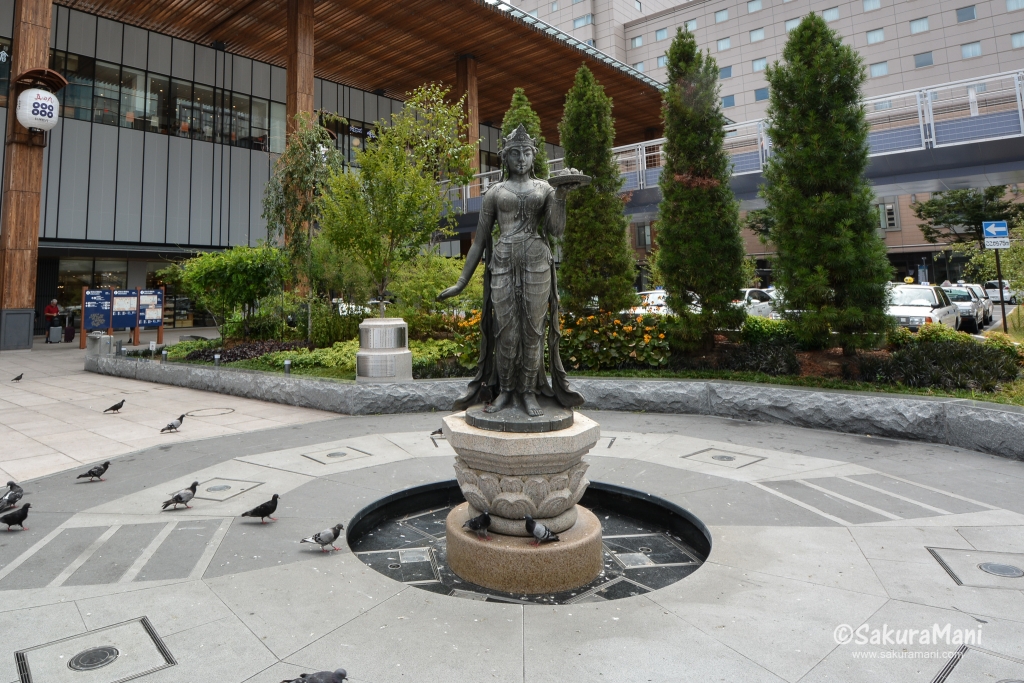